I came upon a list of sparring tips on line, and thought it would be good to make one for us. 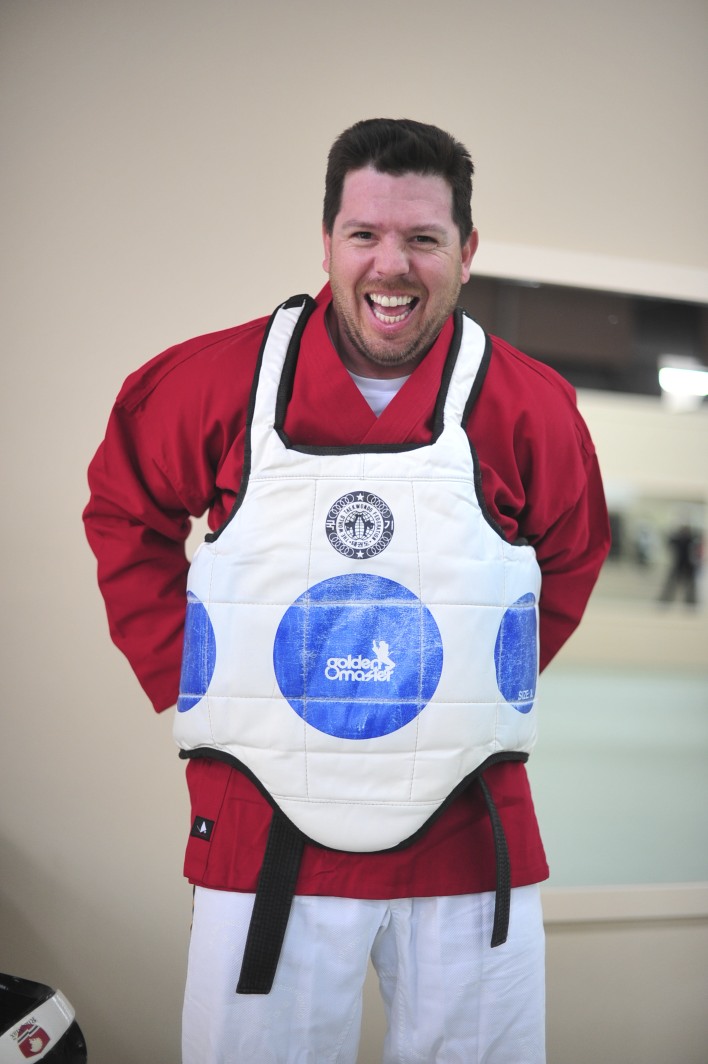 Try to get your opponent to attack first, either by a fake or taunt. You will quickly learn what technique your opponent relies on, (every fighter has their favorite technique) then plan a counter for that attack.

Do not telegraph your attack.

Never show fear when sparring. Your opponent will sense fear and go on the attack, however, fear also can be used as a fake.

When you and your opponent are in hitting range make sure you're legs are never wider than your shoulder width. Wider stands makes your movements slower. 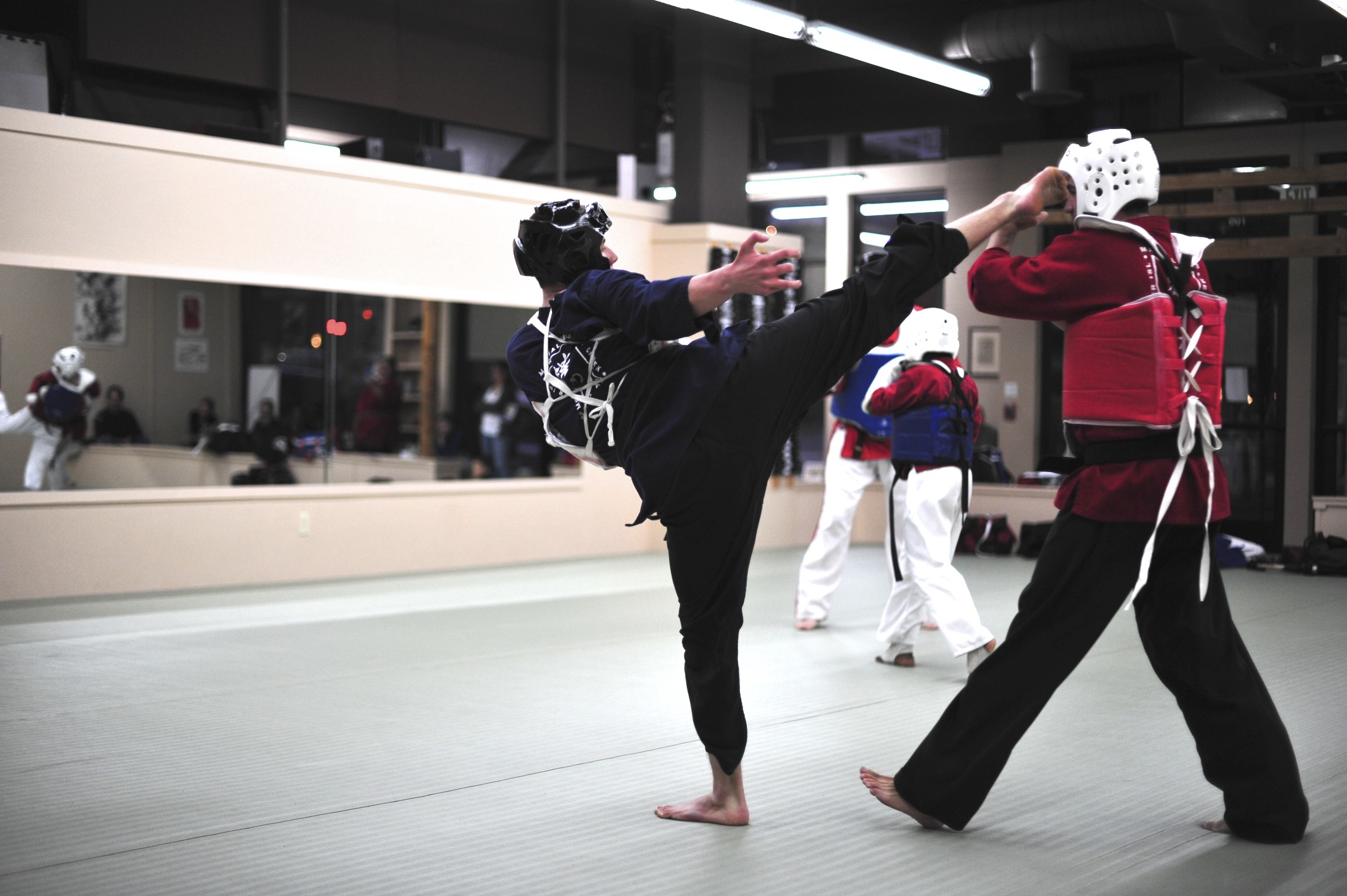 Set up high, strike low. Set up low, strike high. Most experienced fighters will never get hit unless you set them up.

Always relax the body before you strike. Tension slows down attacks. Visualise a snake attacking it's prey. Calm, relaxed, then strike with lightening speed.

Close the gap between your thought and action. Don't think too long or the opportunity is lost.

The moment to strike an opponent is when he is about to launch an attack or as he is landing from his attack.

practice arc, push, and side kicks like a jab with the lead leg to set up or jam oncoming opponent.

Always remember when your opponent attacks -- a part of their body will be exposed for counter. This applies to your counter as well.

If you are constantly clashing with your opponent then you must work on timing.

Focus on the target in your mind without looking at the target.

Don't kick just to be kicking. Let each technique have a purpose rather than kicking or punching for the sake of just sparring. 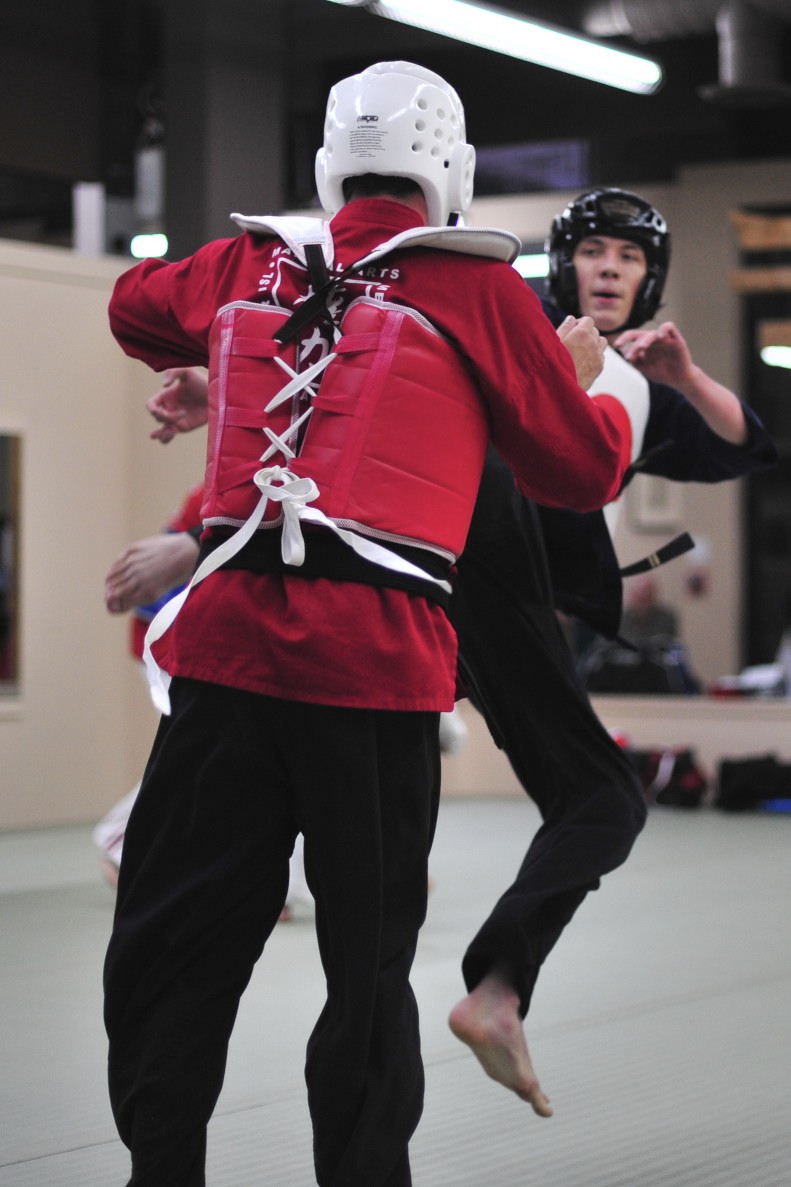 Don't block unnecessary attacks.  Do block attacks which could score, even if you don't think it will hurt, or you don't care.  a point is a point.

If your opponent has a great counter back kick with her right leg and you also fight with right leg back then you must switch your fighting stands with left leg back instead of right, this way you can move away faster and not walk into her back kick.

Don't turn your back on an opponent.

The most common technique used in sparring is arc kick. Learn various counter for the arc kick. Such as back kicks and spin hook kick.  Also footwork, and movement can be  counter when used effectively.

If you get hit, never lose your temper and go after your opponent, your rage will make you more vulnerable for a counter attack, and keep you from making good decisions.

When fighting a defensive fighter, you must use fakes to open them up before attacking.  sacrifice an arc to set up the counter fighter to be open for your scoring technique.

Learn to slide to the side,  step in or out, when kicking in close distance.

Do not back up straight against a combination attack, move side ways or jam them before they can launch their attack, or to shut down their attack and momentum.

When you attack there must be no doubt or hesitation, you must commit otherwise you are open to counter attack 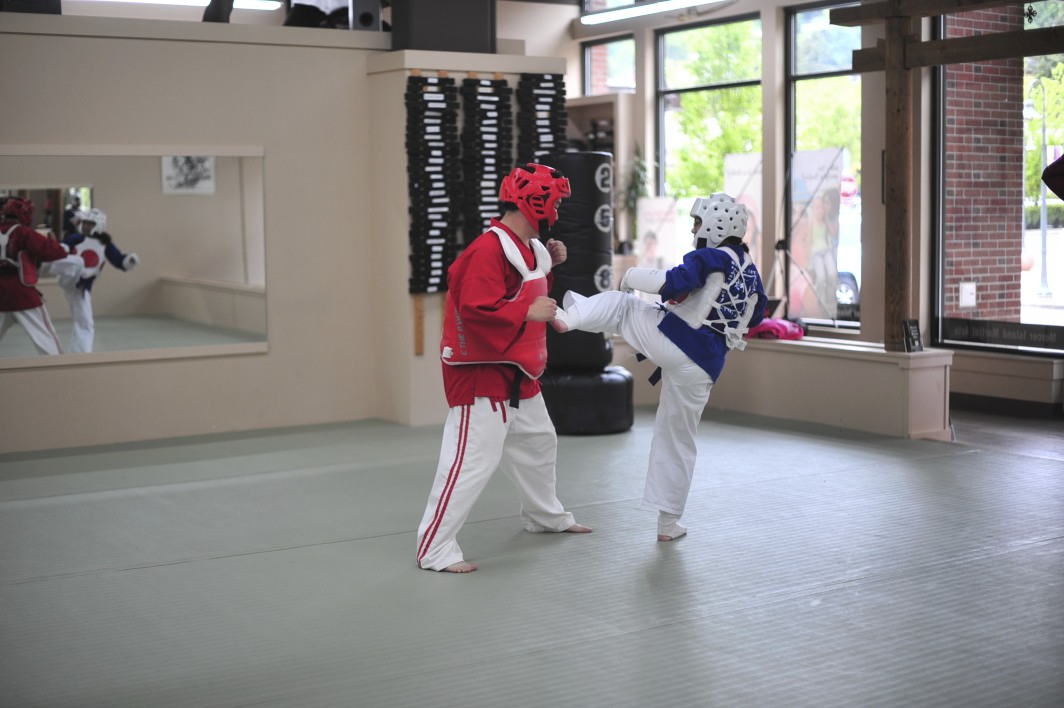 Do not always try to beat your opponent in the first round, especially if they are bigger. Cover up well, make them move, get them tired then move in.

Never under estimate your opponent.

No one person fights the same. Quickly adapt to strengths, and assess opponent's weakness.

this is by no means a comprehensive list--  just some to get working on.  thanks to physicalarts.com for the idea:)

About the Author:
MeLisa Turcott Strongheart is a Master Instructor and owner at Mercer Island Martial Arts. She is a 7th Dan Master Instructor. She also holds a Master’s Degree in Psychology, Mental Health Counseling. She brings these two areas of specialization to her work with families, children, teens, and in designing curriculum.

Master Strongheart emphasizes and has taught thousands of students the value and power of respect. Respect for oneself, others, and the community.

(MIMA), located on Mercer Island between Bellevue and Seattle in Washington is celebrating 24 years on the island in 2021. MIMA's curriculum is intentionally designed to build fitness, flexibility, self-defense, as well as to create a milieu that engenders physical and psychological growth, respect, courage, community activism and leadership.

MIMA has programs for families to practice side by side, as well as adult, teen, and children's classes. Also offers before and after school, and summer camp programs for kids.