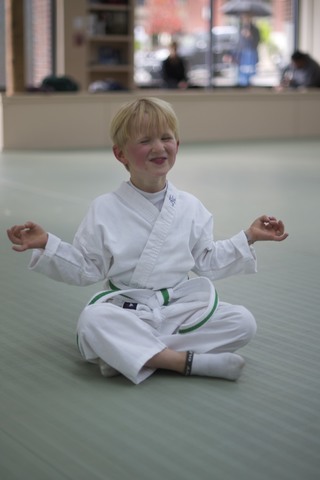 As, many may be aware of there are many benefits to practicing the art of mediation but recent research suggests that those benefits are even more.  A recent article in the New York Times sparked my interest and I thought that I would share it with you:

How Meditation May Change the Brain
By SINDYA N. BHANOO

Over the December holidays, my husband went on a 10-day silent meditation retreat. Not my idea of fun, but he came back rejuvenated and energetic.
He said the experience was so transformational that he has committed to meditating for two hours daily, one hour in the morning and one in the evening, until the end of March. He’s running an experiment to determine whether and how meditation actually improves the quality of his life.
I’ll admit I’m a skeptic.
But now, scientists say that meditators like my husband may be benefiting from changes in their brains. The researchers report that those who meditated for about 30 minutes a day for eight weeks had measurable changes in gray-matter density in parts of the brain associated with memory, sense of self, empathy and stress. The findings will appear in the Jan. 30 issue of Psychiatry Research: Neuroimaging.
M.R.I. brain scans taken before and after the participants’ meditation regimen found increased gray matter in the hippocampus, an area important for learning and memory. The images also showed a reduction of gray matter in the amygdala, a region connected to anxiety and stress. A control group that did not practice meditation showed no such changes.
But how exactly did these study volunteers, all seeking stress reduction in their lives but new to the practice, meditate? So many people talk about meditating these days. Within four miles of our Bay Area home, there are at least six centers that offer some type of meditation class, and I often hear phrases like, “So how was your sit today?”
Britta Hölzel, a psychologist at Massachusetts General Hospital and Harvard Medical School and the study’s lead author, said the participants practiced mindfulness meditation, a form of meditation that was introduced in the United States in the late 1970s. It traces its roots to the same ancient Buddhist techniques that my husband follows.
“The main idea is to use different objects to focus one’s attention, and it could be a focus on sensations of breathing, or emotions or thoughts, or observing any type of body sensations,” she said. “But it’s about bringing the mind back to the here and now, as opposed to letting the mind drift.”
Generally the meditators are seated upright on a chair or the floor and in silence, although sometimes there might be a guide leading a session, Dr. Hölzel said.
Of course, it’s important to remember that the human brain is complicated. Understanding what the increased density of gray matter really means is still, well, a gray area.
“The field is very, very young, and we don’t really know enough about it yet,” Dr. Hölzel said. “I would say these are still quite preliminary findings. We see that there is something there, but we have to replicate these findings and find out what they really mean.”
It has been hard to pinpoint the benefits of meditation, but a 2009 study suggests that meditation may reduce blood pressure in patients with coronary heart disease. And a 2007 study found that meditators have longer attention spans.
Previous studies have also shown that there are structural differences between the brains of meditators and those who don’t meditate, although this new study is the first to document changes in gray matter over time through meditation.
Ultimately, Dr. Hölzel said she and her colleagues would like to demonstrate how meditation results in definitive improvements in people’s lives.
“A lot of studies find that it increases well-being, improves quality of life, but it’s always hard to determine how you can objectively test that,” she said. “Relatively little is known about the brain and the psychological mechanisms about how this is being done.”
In a 2008 study published in the journal PloS One, researchers found that when mediator heard the sounds of people suffering, they had stronger activation levels in their temporal parietal junctures, a part of the brain tied to empathy, than people who did not meditate.
“They may be more willing to help when someone suffers, and act more compassionately,” Dr. Hölzel said.
Further study is needed, but that bodes well for me.
For now, I’m more than happy to support my husband’s little experiment, despite the fact that he now rises at 5 a.m. and is exhausted by 10 at night.
An empathetic husband who takes out the trash and puts gas in the car because he knows I don’t like to — I’ll take that.