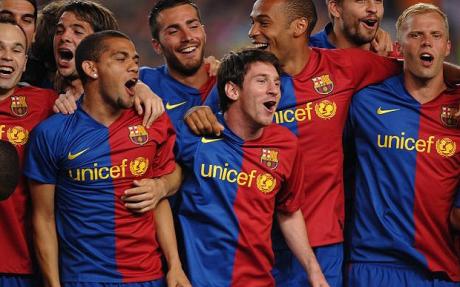 Lionel is the best soccer player on earth. I think he is a hero because he is talented and incredibly good at soccer, which is one of my favorite sports. He was an ordinary boy from Argentina, with a lot of health issues (growth hormone deficiency). The treatment for his illness was very expensive.

Then he got recognized by FC Barcelona in Spain because of his excellent skills and technique. He moved to Spain, and he got treated with the club paying for all his medical expenses. When he started playing at Barcelona the club became famous thanks to Messi. Then he created a charity association for all the ill Argentinean children to get treated in Spain, like he was. He is also Goodwill Ambassador for UNICEF the organization who helps children all over the world. Barcelona has UNICEF on their jersey as free publicity, not a sponsor,  because they want to raise awareness for the children.

He inspired me that I maybe someday be the best soccer player on earth. I chose him for one of my living hero’s because he had a sickness and he still became the BEST soccer player in the universe. I admire him because he give back to the children.