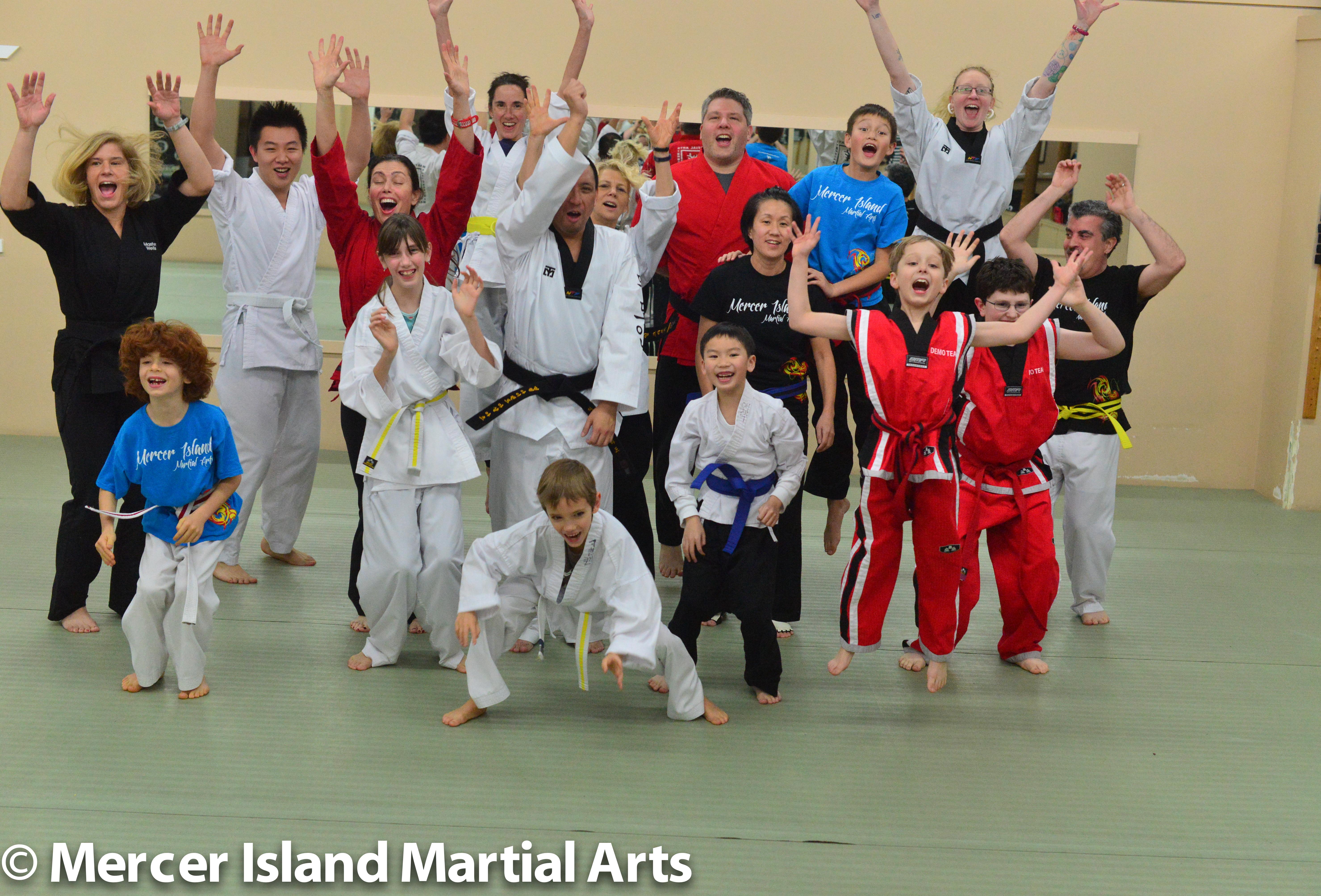 When I first started studying at Mercer Island Martial Arts, I really didn’t expect to like it and only took a class because my son wanted me to take the family class with him. But when I discovered how much fun it was, I got very ‘serious’ about it. Like many beginners, I was really focused on ‘power’ and trying to kick higher than my opponents shin. (Because also like most beginners, I had the flexibility of a baseball bat) I was trying to go as fast as I could, which in the beginning was a challenge for someone that hadn’t done much serious activity in a long time.

Had I been smarter, I would have taken the whole process a lot slower. Not in the sense of taking fewer classes or not getting excited about Taekwondo, but putting more effort into learning the right way to-do the basics. I was so focused on how hard I could kick or how high I could get, when I should have been focusing on where my feet were and how to twist my hips.

Had I been smarter and focused more on the basics of how to-do a kick right, I would probably have skipped the painful lesson of what can happen when you do things wrong. Right after testing for my green belt, I remember for the first time having an actual difference between my arch and round house kick, I was so excited about that. And that is when I tore the ACL in my left knee doing pad kicking. I don’t know this for sure, but I believe it happen because I hadn’t figured out how to rotate my hips and planted foot. Instead I rotated my knee doing a round house and knees are just not designed for this operation. The result was a painful nine months recovering from the whole thing.

But in some ways tearing my ACL actually made me a much better martial artist. When I wasn’t able to practice, I would still come to watch when my family was taking classes. It was during this period I realized how very, very wrong I was doing things. From that point forward, I spent a lot more time watching/studying how the masters and instructors did things. What position their feet were in as they did different kicks, how they used the snap back to control the entire kick, even when you didn’t think they were snapping back. I also found several good series of YouTube videos by other masters where they broke down different kicks into steps and explained where and how your body should be during each phase. For me this was really helpful way to learn things.

Now when I am learning something new, I spend the time studying how it was done and I focus really hard on replicating how it was done by the person teaching it. I watch their feet and pay attention to where their body was when they start and just as importantly, when they finish.  When I practice, I make sure to evaluate these reference points as I work through the new move.